Here's my monthly update on what I've done with Front End Remote Jobs over the past 30 days and what results I've seen! This update is for December 16 - January 15, so it includes the holidays which was a bit of a slow down for me.

Here's last month's summary if you want to see how this month compared! Relaunch - One Month Summary.

Last month, here's what I said I wanted to accomplish:

What Else I Shipped

Considering I missed one of my main goals, I probably worked on too many other things. But I am quite proud of what I accomplished this month.

I curated ~8 jobs, about 2 a week. There was less jobs out there due to the holidays, and I didn’t post any between Christmas and New Years.

Reading through my weekly bytes.dev newsletter and seeing all the sponsorships, I realized that I, too have a newsletter that could be sponsored and that could be a different way to get money than just job postings.

I quickly Added a newsletter sponsorship link in the newsletter ($250 a month), and on the new newsletter page. (If you are reading this and want to sponsor - I'll give you 10% off - shoot me a DM) 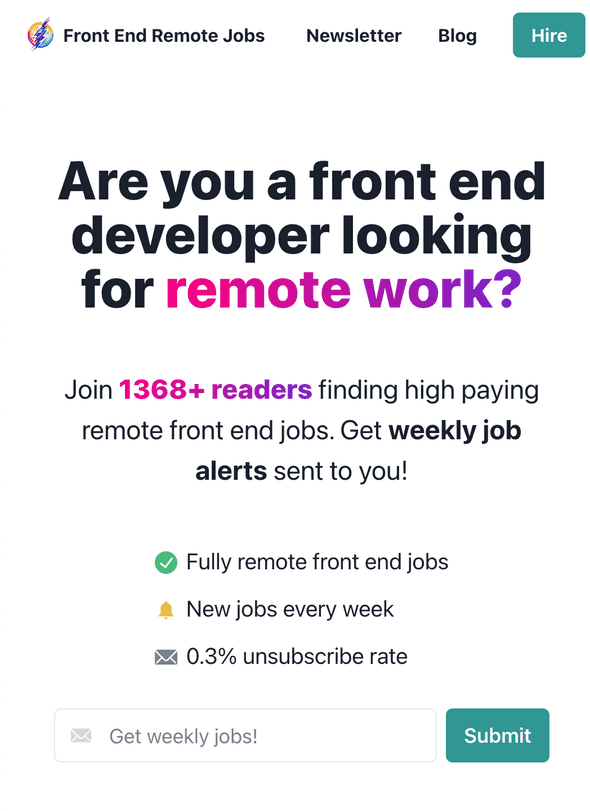 To figure out a price I did some really quick googling, which also led me to Swapstack, which is a newsletter sponsorship marketplace. I don't have quite enough subscribers yet to apply to any partnerships (looks like they mostly start at 5k subs), but they do have some easy to add affiliate deals, and that's what I ran with in the last newsletter: 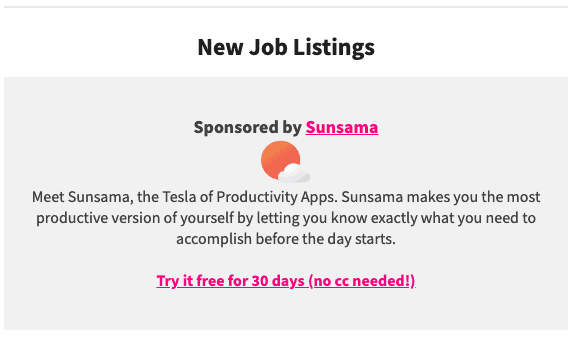 It pays out $75 per conversion - so a few sign ups would be worth it for sure.

This was an idea I had after seeing a twitter thread along the lines of "I don't know how to code and I asked ChatGPT to help me make a website that uses AI and launched it in an hour".

It sounded like the kind of thing that could possibly go viral - so I thought I'd give it a try.

I went and asked ChatGPT if it could help me generate cover letters and it obliged. I added a form to help put together a good prompt and shipped it late on Friday night.

Here's a thread with some examples. You can try it out here: AI Cover Letter Generator for Front End Developers.

Let’s run through some numbers for the month.

Traffic over the past 30 days was down from month 1, but I think this is mostly a holiday slump. It’s also partly because at the end of December I got lazy about posting jobs to social media. I’ve since automated the social media posts which has helped drive traffic. This past week is trending the highest of any week since launch so far so I’m feeling good about the trend overall.

In month one, each newsletter send had enough in subscribes that would wipe out any growth for the week. I attribute this to me sending to a really stale list - some people have been on the since 2019 and hadn’t heard from me in over a year.

The good news is that I have started to see week over week growth and a decrease in unsubscribes. The list has grown each week over the last four weeks and is now higher than it was at the relaunch in November.

Nothing dramatic happening here, but it’s trending in the right direction!

Top priorities for the next 30 days:

Relaunching Front End Remote Jobs Tags: A few things have come my way in the last few months or so that have made relaunching…

What is this? These notes are unpolished collections of thoughts, unfinished ideas, and things I want to remember later. In the spirit of learning in public, I'm sharing them here. Have fun exploring, if you want!